Writing diary is a habit of mine for many years, and in recent years I often feel that words alone do not give me full satisfaction, and as a result, for a while I set up an easel in the office and painted my diary, or more exactly, monthly diary, because I painted only several random strokes a day and it would take a month to finish a diary as the strokes built up and rendered indistinct images.

One day, Jean Nouvel the French architect visited me, he added several strokes on a painting and then touched me with a sentence of French romance: the meaning of the existence of man is to praise woman. I painted a painting after that sentence, its “imagery” the same as several other ones, window.

There are numerous windows in the life of ordinary people, they are freeze-frames, as well as the slow or rapid changes of things. These paintings were my windows, with my ideas in them, yet I would rather say I was the window, than see them as windows presenting my perceptions. 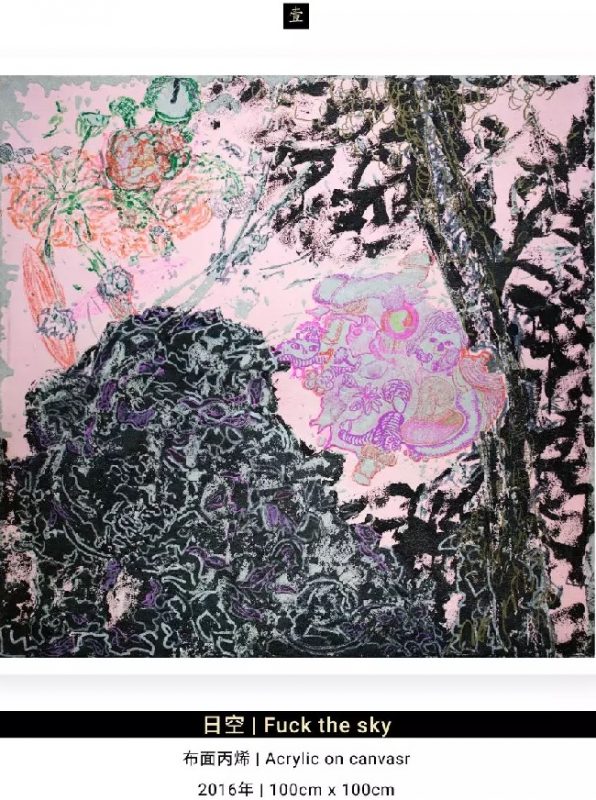 I heard the sentence when I was a child, “you are incapable even if you have the power to fuck the sky”. Obviously the act of “fucking the sky” is very exaggerating and suggests a wish to change a situation. The sentence suddenly came to my mind, so I painted this painting, meaning I could not have reversed the fortune even though I might have the capability. I have tried my best. 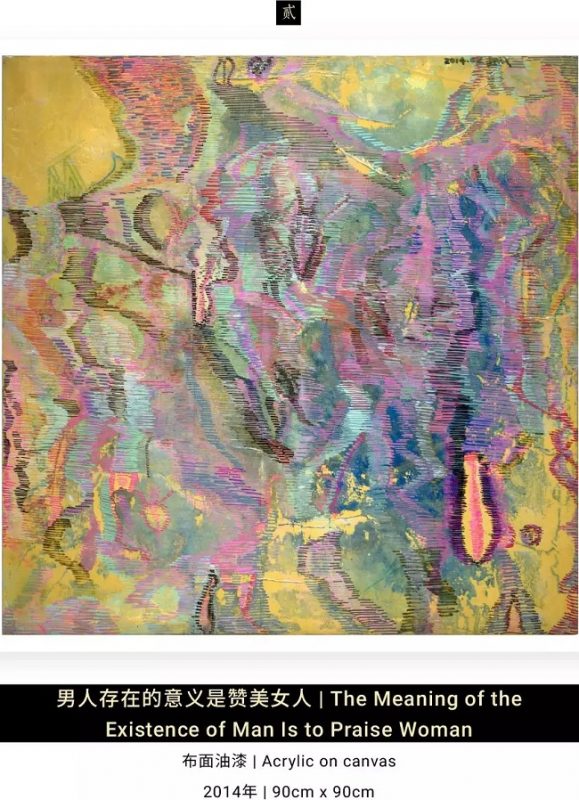 Jean Nouvel told me: the meaning of the existence of man is to praise woman. So I recorded the energy of his words. 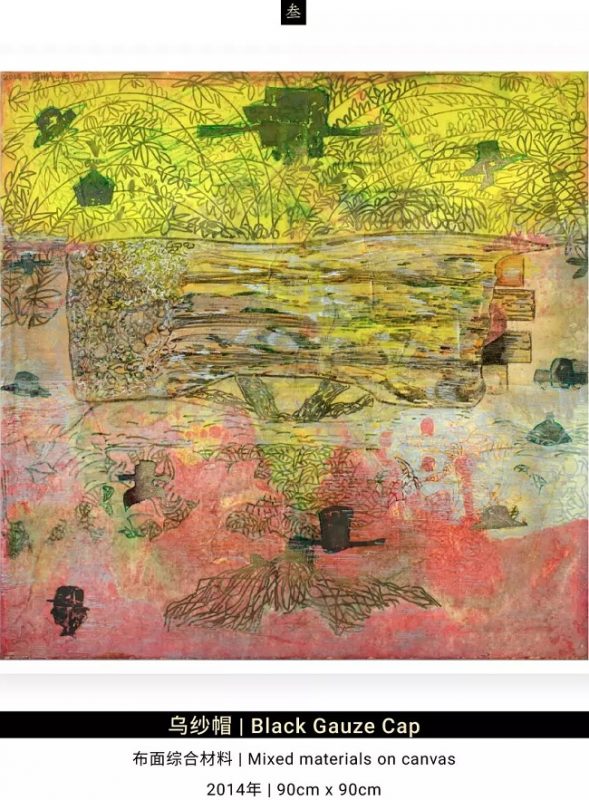 I watched the movie “Petty Official of the Seventh Rank” (qi pin zhi ma guan) when I was a child and remembered it since. From ancient times until today everybody with this black gauze cap on would ex-perience numerous discussions and meetings without reaching a decision. I therefore drew the official caps from previous dynasties, suggesting the lack of courage to take on responsibility. 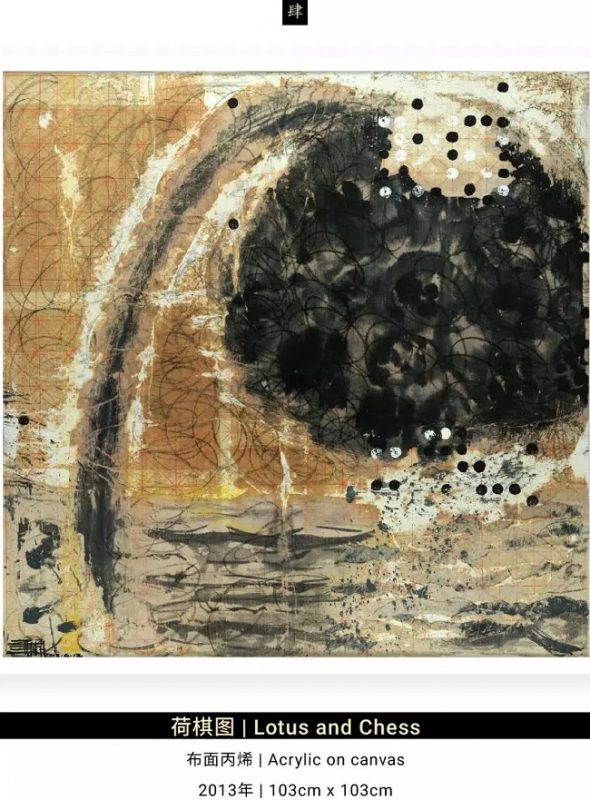 I happened to have several sheets of calligraphy exercise paper, and happened to face the canvas, trying to paint but not knowing what to paint. So I simply pasted the paper onto the canvas. Suddenly it came to my mind that life was played on a chess board, black and white stones were just men, fixed and needless to risk one’s life. Playing chess is a way of the literati, and lotus is the symbol of them. Even as a rogue I must play the rogue with the air of the literati. And that worked. 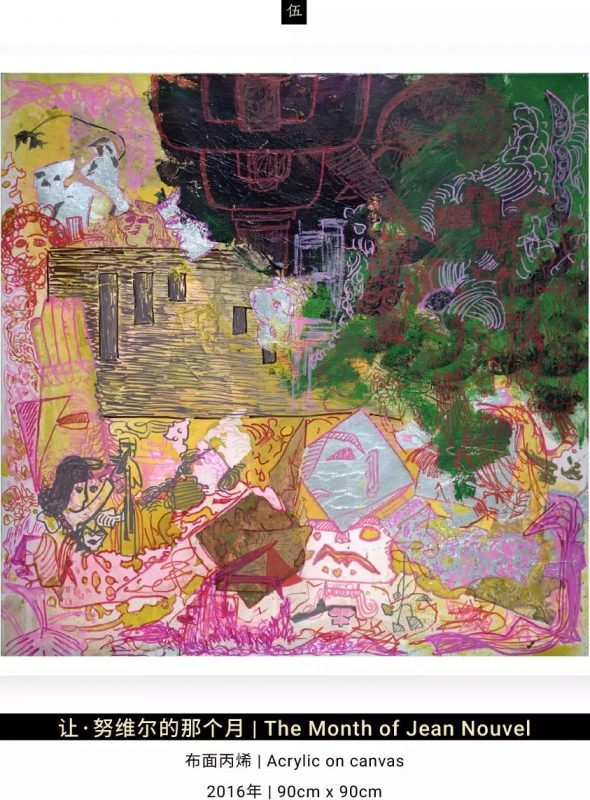 Jean Nouvel was frequently asked to add to his design traditional architectural elements, such as the dougong bracket, the sloping roof, dragon and pho-enix, the flower window. Everything was tried and the result was a children’s collage, funning and mocking – they could not merge. Some write diary, and the painting was my “monthly diary”, with which I recorded the vigorous enterprising work I did in the month. 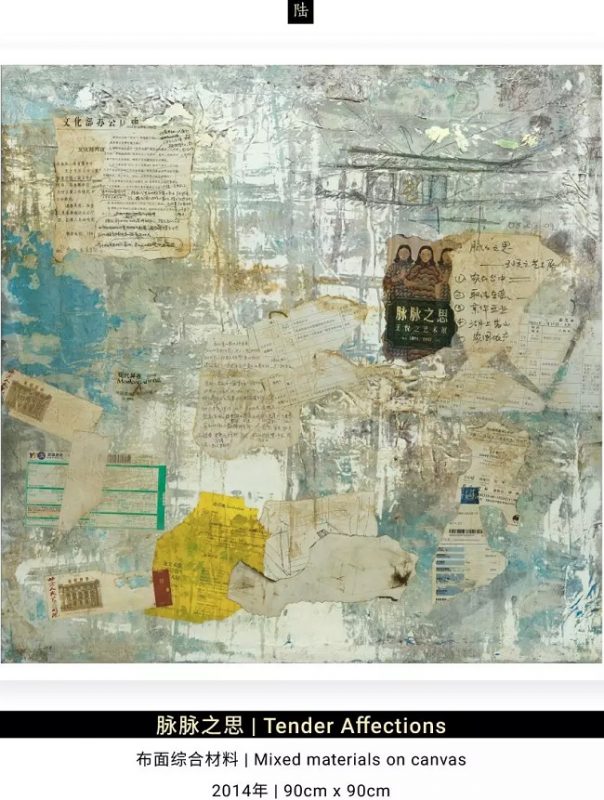 Jean Nouvel submitted yet another new design, making one to admire his strong creativity. I happen-ed to have received a new assignment at the time, to do an exhibition for Wang Yuezhi, a pioneer in the Chinese art scene in the early years of Republican China. I gave the title “Tender Affections” to the exhibition. This “monthly diary” was standing in my office and was painted bit by bit everyday, for a month. During the time, Jean Nouvel came to talk about work, and I asked him to draw his new design on the canvas. 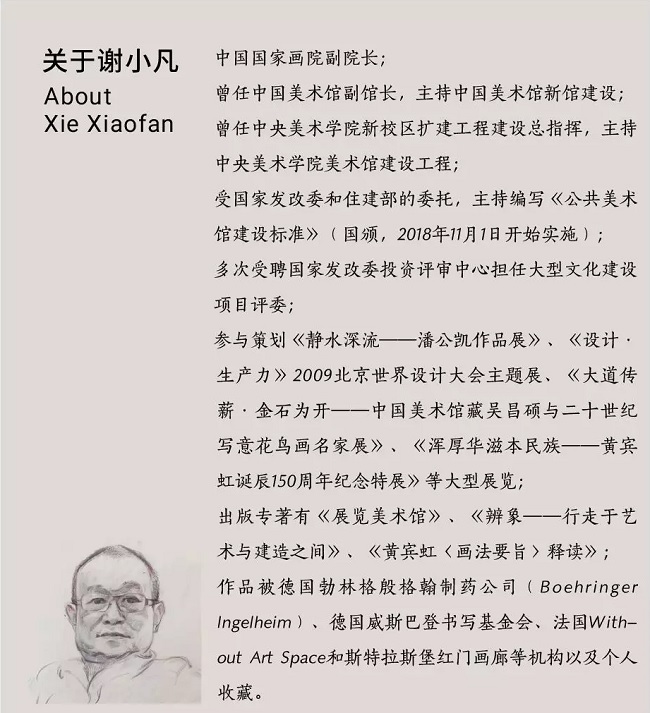 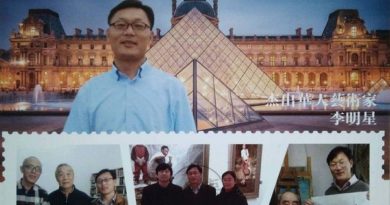 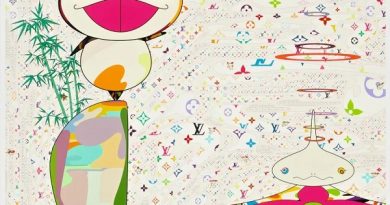 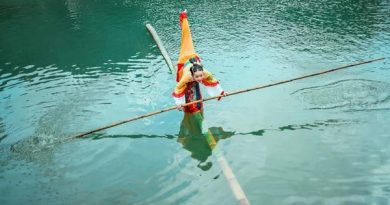